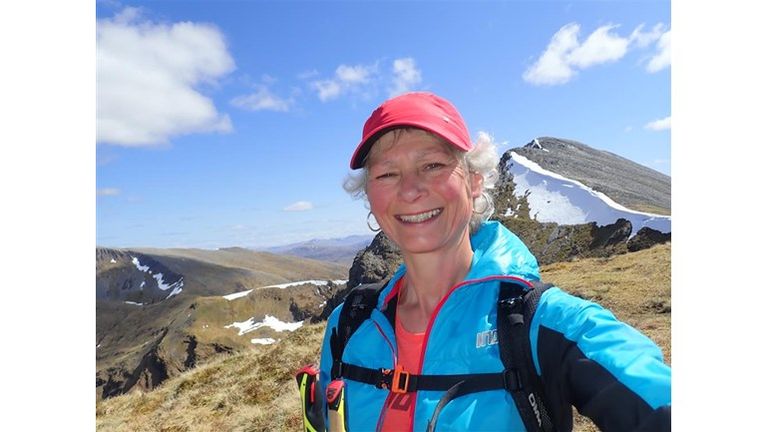 This is a great short documentary about 52-year old Nicky Spinks, one of the last two women standing at this year’s bonkers Barkley Marathon in Tennesee. For the second year in a row, nobody completed the race – five soul-sucking laps of 20 miles in treacherous terrain and wild weather. In fact, in 33 years of this insanity (I say that with utmost admiration; this race is truly insane – and considered to be the one of the toughest ultramarathons on the planet), only 15 people have completed the race. (If you want to learn more about the Barkley, I strongly recommend this entertaining documentary, “The Race That Eats Its Young.”)

Ms. Spinks began fell running in the UK in 2001, and has racked up some astonishing achievements, including a record-breaking Double Bob Graham Round – 132 miles and 54,000 feet of ascent – in 2016, to mark her 10-year breast cancer survivorsary. Earlier this year she did a double Paddy Buckley Round: 122 miles and 56,000 feet of ascent. And she hasn’t given up her day job: she and her husband raise cattle.

It’s folks like Nicky Spinks, who somehow accomplish great fitness feats while juggling regular life, that help me get my tuckus in gear!