Submitted for your approval: biker shorts that “imbue average people with superhuman walking abilities.” I can see the therapeutic possibilities for restoring mobility in people who have lost it, which helps to redirect my thoughts from their otherwise inevitable trajectory to “The Wrong Trousers.”

I don’t know how I missed this in April. Joan Benoit was one of my female marathon heroes in the early 1980s, before I eventually determined that marathoning was not in the genetic cards dealt my knees. Earlier this year she announced that she would be making a 40th anniversary “run” at her record-breaking 1979 Boston Marathon win (her first attempt at Boston, in which she shattered the existing women’s record; her record held up for 11 years). Her goal was to come within 40 minutes of her 1979 time of 2:35. She crushed it, coming within 30 minutes of her original record. Forty years after her record-breaking debut, now age 61, her Boston Marathon time was 3 hours and 4 minutes.

Alright, y’all. I almost let August get away without a post. But I’ve managed at least one post a month for two years, which is kind of phenomenal for me. Every time I think of shutting this blog down, I get inspired by somebody, and I let it live another day. Next month I’m going to have another athlete interview. And I’ll be walking a half marathon with some good friends. I bailed on the October 50-miler I signed up for, and will be revisiting the idea next spring. For now, I’m going to concentrate on calming down and working out. I just came off a 7-day experiment, following Rip Esselstyn’s Engine 2 Seven Day Rescue Diet, and darned if my joints didn’t move better at the end of it. I know because as soon as I reintroduced cheese (I wasn’t intending to, but was served quiche at a lunch meeting; then – figuring I’d already gone off plan – I ate pizza with friends the next night!), my knees yelped like I’d spent a day crawling on a tile floor. I’ve been dancing around this for years: dairy – especially cheese – is not my friend. And in combination with tomatoes (as in pizza and pastas), it’s even worse. NOW will I finally go vegan? After saying I will for ten years? 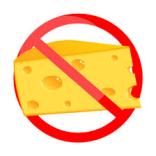