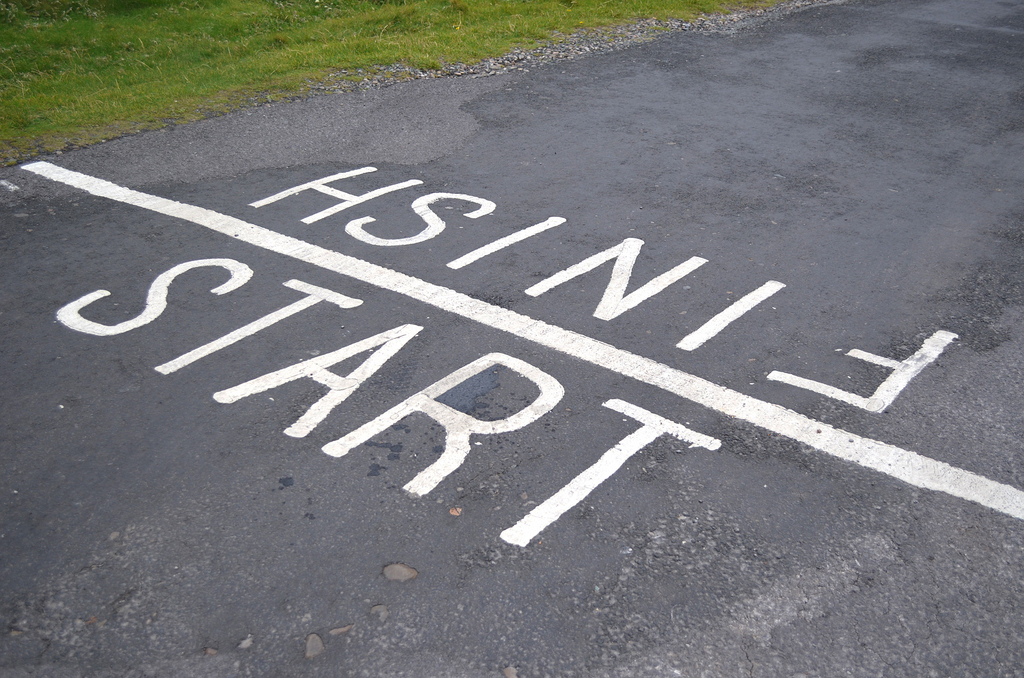 My 10K tune-up (walking, not running) was a comedy of errors. The parking lot turned out to be nearly 1.5 miles from the starting line, and I pulled into the lot with just 15 minutes to spare. My best walking pace lately has been around 15 minutes/mile, so I was already in trouble. When I finally reached the starting line, the racers were nowhere to be seen, and the crew was packing up the timing equipment. A nice guy threw the starting “line” back out in the street so that I could have an official start-time. I reached the first turn in a little over a mile, and encountered so many runners (very few walkers!) coming the opposite direction that I was convinced I had gone the wrong way. I stopped to consult the route, but couldn’t pull up the map on my phone. Frustrated, I decided I would “DNF” at the first water station I found, but once I got there, the volunteers told me I was going the right way – I was just encountering some of the racers who were already on their way back! Yikes! I tried to shift into a slightly higher walking gear and got a little over 100 meters down the path when I realized I’d left my phone back at the water station and would have to go back for it. What a day so far! I finally finished the 10K (plus 200 meters of backtracking!) in just under 1 hour and 38 minutes, and learned what kind of conditioning work I need to add back into my weekly routine to be ready for a 50K in October. Two years of sitting at a conventional desk (I used to spend part of my day at a standing desk) for 8+ hours/day, and sitting in a car for two hours/day, has taken its toll on my core strength, hip strength, etc. (Seriously, all this sitting is bad!) As I said before, miles to go! (As if I needed the reminder after this experience, I came across an article in a year-old issue of Women’s Running, “4 Ways To Completely Reinvent Yourself As An Older Runner,” that says, “In case you’re not focused on strengthening your hips, core and glutes, this is your wake-up call. It’s a fact that masters runners need to engage in some type of strength and stability training to stave off injury, maintain bone health and increase overall power and leg turnover.”)

Here’s an absorbing account of the storied Dipsea trail race, a great equalizer of age groups!

And this past weekend, Nicholas Bassett, age 73, became the oldest finisher in the history of the Western States 100!