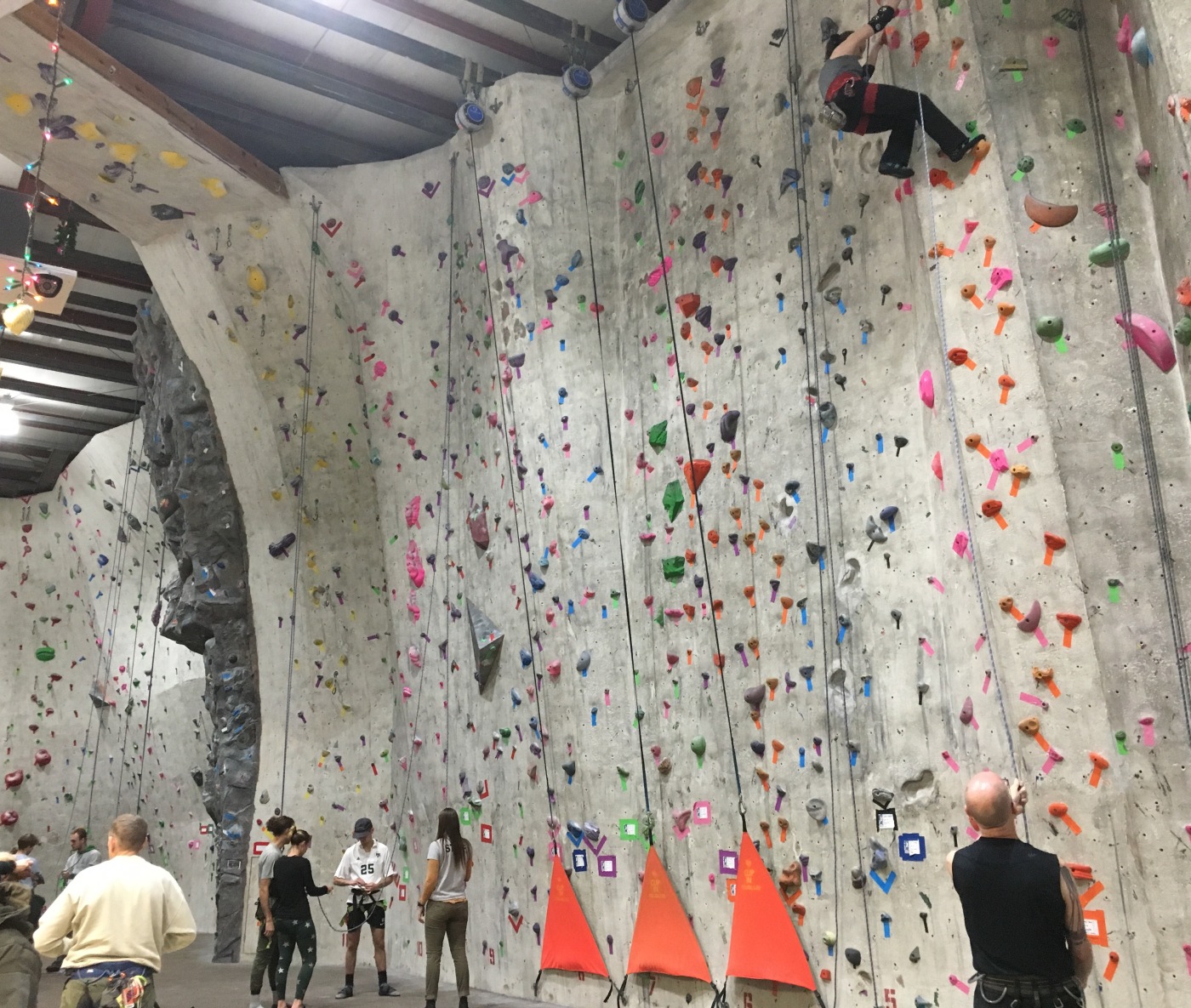 Do you ever have the sense that your body doesn’t fit right? I’ve been thinking about this for several days, since gathering with the family for Thanksgiving. After the main meal, and before dessert, my nieces and nephew went outside to toss a football around. Eventually I went to join them. Tossing balls, shooting baskets, swinging a bat – I used to do stuff like this easily, almost unconsciously. These days I don’t move nearly as well or as confidently as I used to, thanks to the decrepit knees, but what struck me this weekend (not for the first time) was my growing unfamiliarity with my whole body. Tossing and catching the ball with the kids, I felt like I couldn’t locate my center of gravity. I’d had the same experience a few months earlier, when a friend visited with her teenaged son and urged me to get back on a skateboard for the first time in, oh, forty years. I did (and there is apparently photo/video evidence, but you will have to torture me to produce it), but I was initially terrified! I had no sense – again – of my center of gravity or my ability to shift my weight as needed. After a few minutes, the muscle memory actually did start to come back to me, but inside I was left feeling a little bereft: I’ve lost track of my athlete-self.

It’s an uncomfortable feeling, because being athletic has always felt like a part of who I am, even if I wasn’t particularly good at the games or sports I tried. I’d had this experience of “self”-loss before. In high school and college I competed at middle and slightly longer track distances (5K and 10K) – sometimes placing in my events, and once even (briefly) holding a school record. I began to think of myself as a “Runner.” When a knee injury sidelined me for most of a college year – for the indoor and outdoor track seasons and into the summer – I was a little unmoored. Even though I was a good student, was laser-focused on my career plans, and had a wonderful group of close friends around me, part of what made me “me” was gone.

As I stood outside last week, waiting for a turn with the football, I felt like someone standing along the edges of a party where everyone else is acquainted, and you’re hoping to be introduced to someone so you don’t look so pathetic and out-of-place. I wanted to be re-introduced to my old athletic self, the one that moved with relative ease, picked up new sports fairly quickly and rarely thought twice about the possibility of injury. That person seems far, far away right now. So I’ve set myself another challenge (you may be detecting a theme on this blog: I like challenges). For several years, I’ve been intrigued by a nearby “rock” climbing gym, but I would not allow myself to sign up for a lesson: I know how difficult it will be to propel this unfamiliar body up and down a wall, and I’m not fond of making a fool of myself in public. So my goal and promise to myself (and this blog) is that I WILL go to that climbing gym this coming year. In fact, I’ll make my first visit in February, which will be the 5th anniversary of my cancer adventure, the month that I officially – actuarially (is that a word?) – become a “survivor.” I think that’s a good month to get reacquainted with my center of gravity, don’t you?

(There will eventually be video and photographic evidence.) 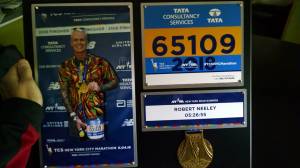 In other news… Congratulations to blog guest (and newly christened ultra runner… and, did I mention?, cousin) Robert Neeley on his New York City Marathon debut! He joined the record number of finishers on a gorgeous day and checked a big race off his bucket list!